The Luncheon Society—SF/Academy Award winning Jeremy Larner and the 40th anniversary of “The Candidate”/Palio d’Asti/November 5, 2012

It’s the look of horror that appears on Robert Redford’s face that says it all.  Redford’s character, Bill McKay, has beaten up Crocker Jarmon in a statewide debate.  Jarmon, now running for his 4th term as Senator, now realizes that he is the race of his life.

After the debate, McKay’s father—a former California Governor—pays him the ultimate compliment, knowing that his comments would probably cut to the bone.  By becoming a politician, McKay has now gone the route that he would never travel; he has essentially sold his soul for little in return.  On the evening when Redford’s McKay pulls off the upset over Jarmon, he escapes to an empty hotel room with his mercenary campaign manager, a Stanford classmate played by Peter Boyle, and asks, “What do we do now?”

Since we were on the eve of the 2012 presidential election, we thought it would be fun to look back at a political campaign classic.  In 1972, director Michael Ritchie and Robert Redford debuted “The Candidate,” a film released to strong reviews.  It was a script written by Jeremy Larner and we got together with him at Palio d’Asti in San Francisco.

“The Candidate” is to political junkies as “The Godfather” is for everybody else. There are certain moments within that movie that are acted so realistically and filmed with an eye of a documentarian.  Most films about political campaigns have an artificial feel about them as if they were created by those whose only connection with the political world came from stepping into a voting booth.

When Robert Evans saw the first screening of The Godfather, he complained to Francis Ford Coppola that he wanted to smell the spaghetti on the screen and told him to add another 40 minutes to the story.  A classic was made. When you watch “The Candidate,” you can still smell the aroma of a campaign, its frenetic energy, right down to the stale pizza.  Since this was filmed in the 1970’s, you can also smell the cigars in the smoke-filled rooms. 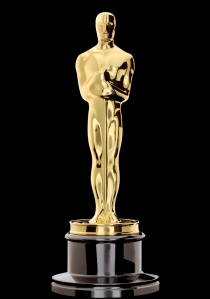 Jeremy Larner won an Academy Award for best original screenplay for “The Candidate.”  I actually held it and made a quiet acceptance speech of my own.

Why it worked. In 1992, New York Time film critic AO Scott took another look at the film and marveled at its ability to remain relevant and look fresh years after all of these years.  The film worked was because Jeremy Larner was a political speechwriter who had seen the hurly burley of a political campaign up close.  In 1968, he served at Gene McCarthy’s main speechwriter during the campaign, first against Lyndon Johnson before he dropped out and Bobby Kennedy, as he stepped into the fray. At the tumultuous Democratic Convention in Chicago, he not only wrote McCarthy’s speeches but also crafted the speech that Julian Bond delivered to an electrified audience.

Ritchie and Redford were also smart in another way. Unlike most motion pictures, where the screenwriter is finished when the final draft of the script is turned into the producer, they kept Jeremy Larner on the set because they wanted to make sure that the film’s cinéma vérité style captured the flavor of a chaotic adventure that comes with a political campaign. Ritchie was careful to splice in footage that showed Redford at campaign events alongside the big players of the day, like Hubert Humphrey, George McGovern, Jesse Unruh, or even Sam Yorty. ABC News Howard K. Smith offered commentary on the nightly news, national columnists like Evans and Novak are mentioned throughout, the number of local and national reporters, Rollin Post, Ken Jones, Bill Stout, Mike Wallace, Maury Green, and Fred Van Amberg portrayed themselves gave the sense that this was an honest-to-god campaign for higher office.  Rumor has it that Tom Brokaw was asked and declined, something he has regretted ever since.

What Redford wanted to accomplish was to take an idealistic and somewhat standoffish and put him through the meat grinder that comes with a political endeavor, where your standards and beliefs are ground down to a stub by the time Election Days rolls around.  In the case of McKay, the Peter Boyle character promises that he can “say and do what he wants.” He even offers a guarantee, written on the inside of a matchbook, which reads, “You Lose.” The further he gets into the race, especially as the prospects of his victory begin to improve as the race tightens, the more he sells his soul.  By the end of the movie, he has won a race for the Senate but has lost himself in the process.

The Movie and The Myth.  Like The Godfather, a certain mythology has grown up around the film, right down to the factual basis of Redford’s character.  The common thread is that the Redford character and his father, former California Governor John J McKay (played by Melvyn Douglass) was thought to be based on the relationship between Pat and Jerry Brown.  Looking backwards at history, it dovetails with the elder Brown’s traditional approach to coalition based politics of the day and his son’s feeling about it, which ranged from standoffishness to downright revulsion. However, when the screen play was written after the 1968 election, Jerry Brown had not run for statewide office yet. When the film was released in 1972, he was California’s Secretary of State, on the lower rung of statewide elective offices.

When Larner wrote the film, it was scripted right down to the moment, which in other films would have the result of improve or ad-libbing.  There is one scene where Redford’s character is sitting in the backseat of a car muttering riffs from his standards stump speech, before devolving into a wickedly funny impersonation of a Richard Nixon.  It was scripted right down to the very end.

The one character that Larner wished he fleshed out more was the role of Nancy, Bill McKay’s wife, who was played by Karen Carlson.  As the narrative continues throughout the film, McKay’s life gets drown out by campaign clichés while her life begins to take shape.  Larner intuitively felt that her life was starting to take some form after being married to a reasonably wealthy slacker for the better part of a decade.  However, that was one these that never found its way into the film and it was something Larner always regretted.

Some, like Dan Quayle never understood that the film is really a cautionary tale of what happens when you slowly chip away at your ideals, and trim your sails and you find yourself with little more than an empty prize and an tarnished soul at the end of the game.  Quayle, on the other hand, said that this movie got him to think about a political career.

As the producers got ready for the release of the film, they drummed up support by creating a series of fake campaign rallies that dovetailed with the 1972 Democratic National Convention in Miami Beach.  Hotel ballrooms were rented for advance screenings and even a whistle-stop tour took place.  In the end, the movie was released to great reviews and did moderately well at the box office.  The producers were pleased that a little movie that leveraged Redford’s box office appeal a film or two after “Butch Cassidy and the Sundance Kid” could find sunlight in a season that also produced such films as Cabaret, The Godfather, The Poseidon Adventure, and What’s up Doc.  The film found new life with the emergence of DVDs.  As a smaller, film, it also gave Redford a chance to play a larger role on how the storyline was crafted, thus serving as a seed that would germinate in later projects he helped develop like All The President’s Men, and Ordinary People which gave him his Academy Award for won Best Picture.

There has always even talk that has ebbed and flowed throughout the years about a Candidate sequel and several treatments were prepared for Redford, but his other interests always crowded out the calendar and we will never know what ever became of Bill McKay as a US Senator, something that an earlier luncheon on Redford with Michael Feeney Callan and Larner both confirmed.  Besides, Redford was never one who liked to participate in sequels and instead always opted to create something new.

As for the film itself, it holds up well four decades after its initial release.  It caught the moment just before campaigns and campaigning became professionalized full-time employment and you could still run a solid statewide race for under a half million dollars.   When you watch documentaries, DA Pennebaker’s War Room, which followed the 1992 Clinton campaign staff from New Hampshire, to the Convention, and beyond to the White House, you can see the stylistics of The Candidate dovetail throughout that film.  It is one of those few moments where the work of fiction presaged the actual story.