Redford Biographer Michael Feeney Callan on the actor, his films, and the impact of Sundance/San Francisco—Palio D’Asti/June 20, 2011 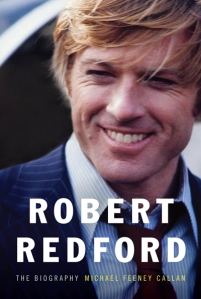 To say Robert Redford is merely a pretty face is a shopworn cliché—but to say his profile launched a thousand indie movies is a spot-on fact.

Icon as Iconoclast. No person has done more to engender the spirit of independent filmmaking over the past generation than Redford and Michael Feeney Callan has written a wonderful Hollywood tale that has encapsulated his long-awaiting biography.

Excerpted in Vanity Fair, Callan tees up Redford’s life in the book jacket, “Among the most widely admired Hollywood stars of his generation, Redford has appeared onstage and on-screen, in front of and behind the camera, earning Academy, Golden Globe, and a multitude of other awards and nominations for acting, directing, and producing, and for his contributions to the arts. His Sundance Film Festival transformed the world of filmmaking; his films defined a generation. America has come to know him as the Sundance Kid, Bob Woodward, Johnny Hooker, Jay Gatsby, and Roy Hobbs. But only now, with this revelatory biography, do we see the surprising and complex man beneath the Hollywood façade.”

“From Redford’s personal papers—journals, script notes, correspondence—and hundreds of hours of taped interviews, Michael Feeney Callan brings the legendary star into focus. Here is his scattered family background and restless childhood, his rocky start in acting, the death of his son, his star-making relationship with director Sydney Pollack, the creation of Sundance, his political activism, his artistic successes and failures, his friendships and romances. This is a candid, surprising portrait of a man whose iconic roles on-screen (Butch Cassidy and the Sundance Kid, All the President’s Men, The Natural) and directorial brilliance (Ordinary People, Quiz Show) have both defined and obscured one of the most celebrated, and, until now, least understood, public figures of our time.”

END_OF_DOCUMENT_TOKEN_TO_BE_REPLACED 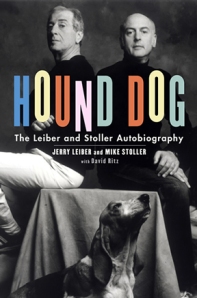 Last year, The Luncheon Society had a wonderful gathering with Jerry Leiber and Mike Stoller, two of the pioneering songwriters from the first generation of Rock and Roll; Leiber passed away today.

The true testament of their partnership is that it lasted for over 60 years, longer than Lennon-McCartney, Jagger-Richards or anybody else.  The only pair that comes close is Barry Mann and and Cynthia Weil, who, with Jerry and Mike, co-wrote “On Broadway.”

Leiber and Stoller were quite young when they began writing together in Los Angeles in the early 1950’s, so much so that their parents had to co-sign the contract for their first record deal. Today the copy of the contract is featured under-glass at The Rock and Roll Hall of Fame.  Both knew that theirs would be a tough road but they were young and had some ideas about how songs should be written.  They were unique in that they were two Caucasian kids who wrote for African-American artists and audiences. They were enshrined in the Rock and Roll Hall of Fame in 1987.

Take a look at Big Mama Thorton’s version of “Houng Dog,” which I dare say is far more superior than the Elvis version.

END_OF_DOCUMENT_TOKEN_TO_BE_REPLACED 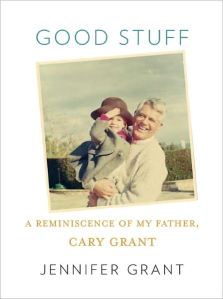 First a great story.  Hale Boggs, a great friend of The Luncheon Society for so many years, relayed a tale of his former mother-in-law who was stranded on an LA freeway.  As she stood outside of her car, a Cadillac pulled up from behind and an elegant white haired man with glasses emerged out from the driver’s side.

“Darling,” he said, “I might not be from the Auto Club, but perhaps I can help out in a pinch.”  He then pulled out the jack, changed the tire and wished her well, before getting in his car and driving off.  It was Cary Grant.

It’s a wonderful LA story, an extra delight when the person exceeds persona, epecially when that persona belongs to Cary Grant.

Better still, there is another story that is seldom seen: Daughter of two Hollywood icons grows up normally and cherishes her parents.  In a world where overgrown tabloid celebrity has become commonplace, it’s rare for someone to describe their childhood with a sense of gentle modesty.

With that, Jennifer Grant joined The Luncheon Society in San Francisco at Credo,  in Manhattan at Danal, (with special thanks to our friend Haviland Morris who hosted) before heading off to our LA-home-away-from-home, Napa Valley Grille, for a delightful conversation about his role of a lifetime—a full time father.

“With the birth of his daughter,” she writes, the sixty-three-year-old Cary Grant, still urbane, athletic, sublimely handsome, and always self-effacing, retired from the screen to devote himself to his longed-for child.”  At a time when most were looking forward to their first social security check or Medicare benefits, Cary Grant took this role as professionally as he prepared for any film. END_OF_DOCUMENT_TOKEN_TO_BE_REPLACED