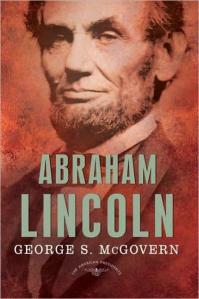 George McGovern’s Indian Summer. At a time when most have put down their pen or have simply placed themselves out to pasture, George McGovern still has a point to make.

With that, The Luncheon Society has become a welcome respite for those who are promoting their new book; a place where authors can engage in a long discussion about their work without worrying about the short attention span of a television audience or lose the flow of a great conversation because of a commercial break.

Over the years, The Luncheon Society has quietly convened over 200 times where ideas can bubble up and be passed around the table at over 40 restaurants like Palio D’Asti, located about a chip shot from the foot of San Francisco’s iconic Transamerica Building, or Napa Valley Grille a well-loved haunt on the edge of UCLA in Westwood section of Los Angeles, or The Blue Fin, situated in the Heart of New York’s Times Square where Jimmy Breslin mourned the loss of the neighborhood’s more grittier residents of hookers and vagrants gave way to tourists with cameras

George McGovern returned to The Luncheon Society after a 6 year absence for two gatherings, one in San Francisco and the second in Los Angeles. The latter took place just 36 hours after the passing of Edward Kennedy, who died after a valiant fight against brain cancer, was equal parts eulogy and a celebration of the issues they shared. Both gatherings served as a reunion for old friends from the McGovern campaign, others who served as volunteers, and still more like myself who were too young to participate and could only vote with our hearts and minds.

At 87, McGovern has outlived or outdistanced his rivals; he has endured the twin sadness of losing his wife Eleanor in 2007 from heart disease and daughter Terry after a long battle with depression and alcoholism, who tragically froze to death in a Wisconsin snow bank in 1994. One Luncheon Society member, who was the inspiration for a character in Doonesbury, remarked that McGovern didn’t look a day over 70.

END_OF_DOCUMENT_TOKEN_TO_BE_REPLACED 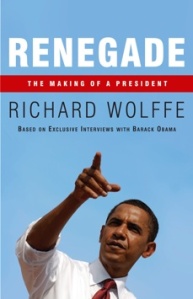 The Luncheon Society has always aimed for a modest and quiet existence, but in a time when we grapple with so many of life’s smaller decisions (who picks up the kids, who pays the bills), it’s often nice to sit back and ponder some of life’s larger overarching questions.  If you’re going to do that, you may as well do it at a great restaurant and that’s what we’re all about.

Over the years, The Luncheon Society has quietly convened over 200 times for movable feasts at over 40 restaurants like One Market, nestled at the foot of San Francisco’s Financial District, or Michael’s, which caters to the entertainment industry in Santa Monica. The kindness of a gracious friend allowed us to use The Lotos Club, one of the oldest literary clubs in the United States, frequented by the likes of Mark Twain and today residing in a Manhattan mansion once owned by the Vanderbilt family.

Then there’s The Napa Valley Grille in Westwood, right around the corner from UCLA, which welcomes us like an old friend of the family who offers a drink the moment you come in from the cold.

It was there where we gathered with Richard Wolffe, best-selling  author  of Renegade, the Making of a President (Crown, June 2009), which details the personality behind Barack Obama’s improbable rise, for our 29th Luncheon Society gathering this year.  We met thanks to the kindness of an old friend, Wendy Wanderman, who suggested—actually insisted—that we should put something together. As usual, she was right.

We are now in the season where books that detail the 2008 President campaign are emerging in print and like all of the past races, the winner earns the spoils. There won’t be many books on the McCain campaign, perhaps only emerging as cautionary tales in Republican memos for potential candidates for 2012. END_OF_DOCUMENT_TOKEN_TO_BE_REPLACED