Note:  The luncheon took place only weeks before Jonah Lehrer’s reputation collapsed around him with charges of plagiarism.  This was a great luncheon, nonetheless.  We thought we would leave things in their original state. 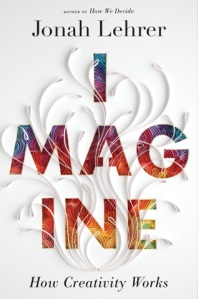 One of the coolest things about The Luncheon Society is to sit with an author who telescopes ahead to his next project.

That was the case when The Luncheon Society sat down with Wired Contributing Editor and frequent New Yorker columnist to discuss his latest book Imagine, which is Lehrer’s attempt to put together a series of metrics on how creativity bubbles new ideas upward.

The takeaway: before the breakthrough happens, we have to work through the block.  Its more than a magic trick of the mind.

TLS friend Betsy Burroughs has a great take on the Luncheon with her post at The Five-Stir and I would recommend that you check it out.

What Lehrer does—and does quite well—is to think about putting metrics to life’s intangibles.   Can we figure out why athletes choke in critical situations?  Can it be studied and avoided—or at least better understood?  Lehrer’s thoughts on daydreaming might open the window to more thoughtful creativity.  His piece on cognitive dissonance ponders why so many so many people reject Darwin’s evolution in these scientific times. 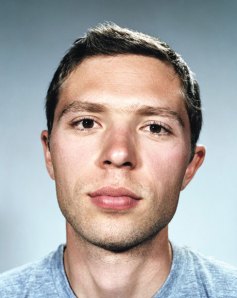 With that in mind, Jonah Lehrer zeroed in on “grit,” that notion of sticking to something that was dear to one’s heart even if the odds appeared to be long.  Out of the variables proposed by Angela Lee Duckworth , this might be the magic bullet on bringing ideas to their successful fore. It will be a future article in The New Yorker.

Since we often view success through the rear view mirror, delving back onto the hard work after the fact, we often find ourselves building metrics of what made it successful.  Edison said that he never really invented the light bulb but discovered hundreds of filaments would not work incandescently.  That was grit in all of its beauty.

Lehrer spent much of the luncheon delving into the research of Dr. Duckworth, whose pioneering work in “grit” as a character trait has begun to turn heads.  She suggests that IQ might act as an indicator when it comes to academic and business success, but showing discipline while actually doing the work.   Perhaps intelligence works in close quarters with other personality traits, since we all know brilliant failures.

In Duckworth’s field work of middle school students, there are several pieces of the puzzle, which include these major subject buckets

From there Lehrer says that Duckworth builds out 24 character strengths,  defined as:

There is an old riddle that asks the question—who discovered the New World?  Most people will come back with the stock answer of Columbus and the smarty-pants among us will talk about the Vikings or the ancient Chinese who ventured across the great unknown.  The answer to the riddle is that “it does not matter.”  By 1500, an Age of Discovery was afoot and people rose from the Dark Ages to look beyond their comfort zones. Somebody would have figured out that there were several continents that were undiscovered to the Europeans.

However, the fallacy of the riddle is that somebody did make it first to the New World, somebody figured out how to get a plane into the air, somebody later figured how to pilot it to Paris by themselves, and somebody did land on the moon.  We follow these breathtaking discoveries and within time, we make them commonplace so that we can think about what comes next.

Here are some helpful links

The Luncheon Society™ is a series of private luncheons and dinners that take place in San Francisco, Los Angeles, Manhattan, and now Boston. We essentially split the costs of gathering and we meet in groups of 20-25 people. Discussions center on politics, art, science, film, culture, and whatever else is on our mind. Think of us as “Adult Drop in Daycare.” We’ve been around since 1997 and we’re purposely understated. These gatherings takes place around a large table, where you interact with the main guest and conversation becomes end result. There are no rules, very little structure, and the gatherings happen when they happen.