The Luncheon Society/Criminologist David Kennedy on his memoir “Don’t Shoot” on how to decrease urban violence/Manhattan–PrimeHouse/February 24, 2012 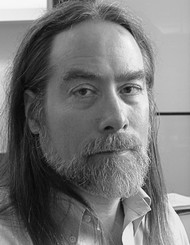 Most people view urban crime from the safety of the own living rooms. However, criminologist David Kennedy grabs the problem by the scruff of the neck and has created a template, if deployed correctly, might end the cycle of violence that has become commonplace for so many lawless urban neighborhoods.

David Kennedy joined us in Manhattan after a wonderful luncheon late last year in San Francisco.  We hope to have him join us in Los Angeles as well as Boston near term.

The Luncheon Society has looked at crime (its sources and its impact) though a number of authors. Our friend and sociologist Peter Moskos published a book detailing his field world as a police officer in Baltimore’s roughest neighborhoods, which was seen in HBO’s The Wire titled, “Cop in the Hood.” This year he published a sly polemic titled, “In Praise of the Lash” which takes another look at how we punish offenders. Time magazine’ Ioan Grillo joined us in San Francisco and Manhattan for a stark conversation about the growth of “El Narco,” the drug-fueled insurgency that is slowly strangling Mexico’s national sovereignty. 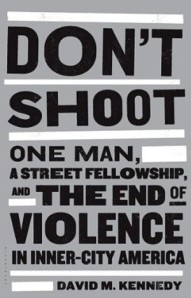 In Kennedy’s book , Don’t Shoot: One Man, A Street Fellowship, and the End to Violence in Inner-City America, he pens an impassioned memoir of how his approach had improved the worst of neighborhoods plagued by drug violence.

Crime is down—but where is it up? When you look at FBI statistics, crime rates—including violent crime—continue to decrease incrementally. However, this is not the case in some of the roughest urban communities, where an African-American male has a 1:200 chance to getting killed by gunfire. It has devolved to the point where some first responders may think twice before entering into some of the neighborhoods. Traditional law enforcement of governmental assistance has failed to stem the tide and as a result, these neighborhoods are essentially written off by municipal leaders. As a result, the festering cancer of criminal behavior becomes multigenerational in scope with no jobs, no future, and no hope.

What David Kennedy has done—even though he is an academic as director of the Center for Crime Prevention and Control at CUNY’s John Jay College of Criminal Justice—is to immerse himself into the worst of the neighborhoods and figure out answers to build solutions.

Who is Impacted? There are three main constituencies in these neighborhoods: Those who propagate the drug-fueled violence, those who try to carve out lives in spite of the crime, and a very frustrated community of law enforcement. What has he found? A world of mistrust and misunderstanding. The majority of violence was committed by a small percentage of the population and Kennedy concluded that these kids were scared and tired. Many wanted out but could not find a route.

Kennedy would gather these three constituencies into a room and facilitate an intervention. A meeting would be scheduled in a community center. Letters would go out to gang members and they were told that there would be no arrests should they attend. They could even bring along a friend. Included would be community workers and social service providers. Mothers of the dead would tell their stories of how violence impacted their lives, reducing the most hardened of gangbangers to tears. In direct terms, Kennedy would tell gang members that the violence had to stop with an added direct warning. The first gang to commit a violent act would face the full force of law enforcement. The whole idea was to stop the violence first and work on the other issues next.

“Operation Ceasefire,” as it was called, began in Boston during the 1990’s and was successful. It was referred to as “The Boston Miracle,” a name that Kennedy hated because it suggested the work of the supernatural at the expense of the hard work within these neighborhoods.

An Apt Analogy. The current problem Kennedy, would analogize over lunch in San Francisco, is contoured along the lines of wrongly paper-training a new puppy. Let’s say that the puppy soils the carpet, but is punished a month later; there is too much of a gap between the action and the correction. Later puppy soils the rug again and a month later is punished. Finally in frustration, the owner shoots the puppy and mutters, “that damned puppy will never learn.”

What were the results of Operation Ceasefire? While gangs remained intact, their violence fell dramatically, with rates as high as 50%. The hammer came in the form of those gangs who chose to remain violent. They would face the full force of law enforcement, which served as a reminder to other groups, should they choose to poach on another’s turf. With the drop in violence, these damaged locales received a well-deserved reprieve from the daily violence.

Kennedy’s books chronicles how his group came to their conclusion on how to act. It seems so simple on one hand but the meme that “the violence has got to stop” would be met by eye-rolling and outright laughter from police. However, the problems reached a boiling point in Boston and out of frustration, they turned to Kennedy. To their surprise, the program yielded results.

That “Why” behind the “What.” The violence that takes place in these communities is not driven by the economics of drug leading; it is the net result of social behavior. One gang-related shooting will prompt a revenge and within a short period of time, events will spiral downward into a continuing cycle of vendettas. If anything, street violence actually harms the economics of drug dealing.

The book follows Kennedy and his team as they try their unconventional approach. Often, there would be a call from a frustrated Chief of Police who had thrown up his hands to request help. Kennedy and his team has to cut through the rhetoric of “law and order” found in political campaigns to get a buy-in from a variety of internal stakeholders. The political climates would range from the Deep South to the tough neighborhoods of the South Bronx, but the initial efforts appear to drive the same results. The challenge now will come in sustaining these gains before they backslide as budget cuts threaten to decimate these programs.

Changing the Street Code. Putting a dent into crime levels is only a first step. There are no jobs, no industry, and no long-range hope for many of those who live there. The drug culture offers one of the few growth industries with ready cash and people will work for gangs, even though the work is often deadly. Kennedy remains frustrated by the “No Snitches” meme so often found in these neighborhoods because those who remain quiet will pay the largest price.

However, the passion that David Kennedy brings to the game may change the way we look at crime prevention. Malcolm Gladwell has already compared the Kennedy book to the game changing impact that Rachel Carson had with “Silent Spring.” In the end, it come down to long term sustainability; if the solutions that David Kennedy and his team have produced in places like Boston, Baltimore, Cincinnati, Chicago, Washington DC and San Francisco can remain in place, it offers a ray of hope for the underserved of the underclass, forever the victims but never the victor. So with that in mind, three cheers for David Kennedy.

The Luncheon Society™ is a series of private luncheons and dinners that take place in San Francisco, Los Angeles, Manhattan, and now Boston. We essentially split the costs of gathering and we meet in groups of 20-25 people. Discussions center on politics, art, science, film, culture, and whatever else is on our mind. Think of us as “Adult Drop in Daycare.” We’ve been around since 1997 and we’re purposely understated. These gatherings takes place around a large table, where you interact with the main guest and conversation becomes end result. There are no rules, very little structure, and the gatherings happen when they happen. Join us when you can.