I thought I would quickly touch base now that we have completed the first half of 2010. Thus far  there have been 19 gatherings San Francisco, Los Angeles, and Manhattan.  We look for an equal number in the second half and should round out the year at 38-40.

Reminder.  To remind everybody, the SF and the LA Luncheon Society gatherings for Christopher Hitchens have been postponed and will be rescheduled later in 2010.

The Luncheon Society website.  For those who are unable to join us around the table,  you can subscribe to have The Luncheon Society summaries sent via email.  Click on the links below to learn more about the luncheons. END_OF_DOCUMENT_TOKEN_TO_BE_REPLACED 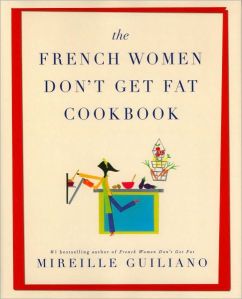 Not every topic discussed by The Luncheon Society ™  needs to be weighty; in fact many of our best gatherings surround unexpected delights.

For example last year, writer Ayelet Waldman joined for a conversation after her column  in the New York Times set off a firestorm because she loved her husband more than her children. A year or two earlier, Bob Hass, the former American Poet Laureate spoke about his new set of poems, Time and Materials, which would win the National Book Award and the Pulitzer Prize.

Mireille Guiliano took a backhand comment and created several New York Times best-sellers. Years ago when asked how she could dine out nightly without putting on any weight, she simply replied, “Well, French Women do not get fat.”

With that staircase rejoinder, a literary franchise was launched.

In 2004, Mireille published “French Women Don’t Get Fat,” which was a lifestyle book that explores the four basic food loves, freshness, variety, balance, and always pleasure.   Janet Maslin of the New York Times noted, “Ms. Guiliano turns out to be eminently level headed. She combines reasonable thoughts about nutrition with a general endorsement of joie de vivre, and her tone is girl friendly enough to account for the book’s runaway popularity.”

Since then she has published three more books on the joie de vivre that the French (especially French women) bring to their daily lives.  They include French Women For All Seasons, Women, Work & the Art of Savoir Faire: Business Sense & Sensibility, and her latest, The French Women Don’t Get Fat Cookbook. Each has done well and her initial book has been translated into 37 languages after spending a good deal of time atop The New York Times.  Her writing has resonated with those who are turned off after reading through forests of yo-yo fad diets, where the weight often returns with a vengeance.  Although counterintuitive at first blush, Mireille recommended bread, Champagne, chocolate and romance as key ingredients to a balanced diet and joyous lifestyle. END_OF_DOCUMENT_TOKEN_TO_BE_REPLACED

Posted in About, Bob McBarton, Cooking, French Women Do Not Get Fat, Luncheon Meetings, Mireille Guiliano, The Luncheon Society