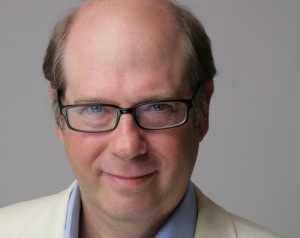 For the past quarter century, Stephen Tobolowsky has been one of the most in-demand character actors found on film and television.  He is one those select few who we’ve all seen in a variety of film and movies, even if we cannot remember his name.  Tobolowsky is a rare find; he is one of those character actors who unpack the sum total of all of his roles whenever he shows up on screen.  Now that our viewing habits are taking us into webisodes and other niche forms of streamed content, I am sure that Stephen’s ability to develop a minor character into a memorable role will only increase.

Character actors have long been the staple of any film. They are the glue that has held many productions together, especially when the writing was weak.  Whenever you pick up a script, the main characters have everything fleshed out for them.  We now their name, their job, and what they have for breakfast; we know what they drink in the morning and who they sleep with at night.  These actors are found above the title and the great ones are paid millions to grace the screen, but unless you’re headlining “Mark Twain Tonight,” the relationship between the plot and the star is cemented and reinforced by the character actor.

When you think of many of the great character roles that you’ve seen over the years, they crawl off a screenwriter’s laptop as one or two dimensional roles.  They are fleshed out further by the imagination and the freedom of those character actors.  Character roles in comedies seem to find their way into the script as job titles (the plumber) or as last names in dramas (Mr. Jones)  and they would act as reminders to the main stars (and the audience) to the audience of where the plot was heading.  Often killed off with a tap of a keyboard, they never get the girl and may only rise to the level of best friend or coworker.

Those who doubt the power of great character actors should reflect back on The Godfather, where a majority of the moments that made the film a classic where interactions driven by the supporting characters, not Al Pacino or Marlon Brando.

Some character actors played certain set parts with great finesse. Andrew Duggan always played the general, the cattle rancher or the President of the United States.  Joan Cusak always played the best friend, the geekier sister, or just simply the voice of reason in a crazy world. Before he broke through on Scrubs, John McGinley always played an over-the-top nut, usually in an Oliver Stone film. Going way back, Gabby Hayes and later Ward Bond served as John Wayne’s foil over most of the first half of his long career in Hollywood.  These character actors naturally gravitated toward specific types directors and casting agents aimed for known quantities

However, it’s always has been interesting to see the stark contrast between the roles they played and the lives they led. The late John Randolph, who for many years, played a string of conservative authority figures, turned out to have been blacklisted as a communist radical in his youth during the McCarthy era.  His life played against type.

As for Stephen Tobolowsky, he is that special brand of character actor who can be be placed into almost any role and make it work.  He can be the geek, the middle-level bureaucrat, the creepy neighbor, or whatever.  By being able to  accomplish this feat, he is like James Rebhorn, whose phone is always ringing and could play a Waspy defense lawyer and a homicidal serial killer during Law & Order’s long run.

As the Klan leader in Mississippi Burning, director Alan Parker wanted to bring as much realism to the fictional narrative of two opposing FBI agents in the aftermath of the Civil Rights workers who were murders during Freedom Summer of 1964.   Parker brought in as many of the local townspeople as extras and encouraged him to feed them some racist red meat in a fiery speech.  Tobolowsky found himself taken aback by the crowd’s enthusiastic response, which for him was far too real and far too scary.  This was a quarter century after the real murders and in certain parts of the nation old hatreds die hard.

However, is was the irrepressible role as Ned Ryerson in Groundhog Day, which brought in lasting acclaims and cemented his persona as a go-to gut within character acting.  With the role of “Needlenose Ned,” Tobolowsky was free to explore just how over-the-top his character  could be and director Ivan Rietman encouraged him not to hold back. Serving as Murray’s foil throughout, we see how he changes by how he interacts with Tobolowsky’s character.  He may only be on the screen for a few minutes, but he owns those scenes.

Being a character actor means that fall into a hierarchy within the script.  If you are higher up the food chain as a villain, you may get a more spectacular death scene.  In the Mel Gibson-Goldie Hawn movie “Bird on a Wire,” Tobolowsky was asked if he wanted his screen death to be rewritten so that he was eaten by piranhas because another actor begged off.  It turned out that the other unnamed actors did not like water nor did he want to spend hours in makeup.  Gladly, Tobolowsky was thrilled to have a more spectacular death but nearly paid for it with his own life because he nearly drowned during the filming. 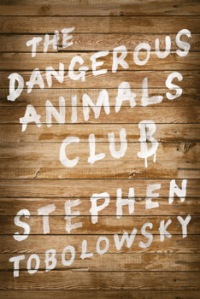 For those who follow life in Hollywood, his podcast The Tobolowsky Files are required reading for anybody who is schlepping around, working on their big break.  He says that you can tell the quality of a production from the quality of produce on the food truck. He says that it’s a good indicator of how the producer feels about actors.

For Tobolowsky, he fell into writing after he fell off a horse, broke his neck, and nearly killed himself.  After the fall, the severity of his injury was misdiagnosed and he might have died on the flight home but was saved by a surgeon who was his seatmate.  As he waited to heal and wondered if the calls from casting directors would stop, he picked up the pen and began to write again.  Tobolowsky is a marvelous raconteur, something that was driven home in the indie movie “ Stephen Tobolowsky’s Birthday Party ,” which is a one-man show of off-beat stories that sum up the life of an actor. You come away with the thought that acting is only one of the things he does well.  In this case, his catastrophe on horseback led him to pick up the pen.

The result is his book The Dangerous Animals Club and it details the stories of being an actors that you don’t find in any acting class—but should.  His writing—like his acting proves once again that the old adage rings true—there are no small roles only small actors.  With Tobolowsky, not only is he a nice guy but a great writer.