Richard Schickel tells a great story that reveals Clint Eastwood’s loyalty to Warner Brothers; it’s a tale few see in the entertainment industry, where players change agents as fast as their wives and “A list” actors get thrown under the bus after a subpar opening weekend.

Film has always been a major role in The Luncheon Society.  Whether it was Roger Ebert talking about the Oscars right before he fell ill in 2006, John Sayles discussing The Graduate while sitting next to the film’s producer Larry Turman, or Academy Award winner Lee Grant walking us through her struggles with the Hollywood Blacklist in the 1950’s, film is the keyhole that best understands the American psyche, complete with our catalogued strengths and weaknesses.

Schickel is one of the preeminent film historians in the industry and has reviewed films for Time and Life Magazine for the better part of four decades. Earlier this year, he penned a wonderful piece in Vanity Fair about Robert De Niro, Martin Scorsese, and how their partnership cemented Raging Bull as a film classic.  Schickel has authored over 30 books, produced, written and directed over 30 documentary films; and is found on the commentaries of over 40 DVDs.  He holds an honorary doctorate from The American Film Institute, won a British Film Institute Prize, based on his contribution to the art form. Richard’s latest book, a retrospective on Clint Eastwood’s long career with Warner Brothers, was published several weeks ago to wonderful reviews. We were thankful for the intercession of our friend Erika Schickel who put “the arm” on her father to meet The Luncheon Society.

Go ahead, make my movie. According to Schickel, after completing three “Dirty Harry” features during the 1970’s, Eastwood and his production company wanted to give the franchise a break and explore new ideas. He politely begged off repeated requests by Warner’s executive team to produce and direct another installment.

However during the early 1980’s, Warners made a number of ill-timed investments which included purchase of Atari. For awhile, the video game company flourished but soon tanked badly and dragged the Warner stock down nearly 70% from the previous high. Senior management was in deep trouble and Clint Eastwood had a long relationship to protect.  Everybody knew that another Dirty Harry sequel would be smash hit and it would staunch the hemorrhaging on Warner’s balance sheet. This time, Eastwood agreed to move forward.

The rest was history; the movie was called Sudden Impact and Eastwood’s signature line, “Go ahead, make my day,” became the 6th most memorable line in a film according to the American Film Institute. Most importantly, the box office receipts helped Warners out of a tough scrape. 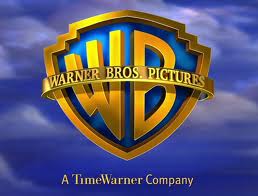 The long relationship. Over the past 35 years, Clint Eastwood has made over 35 films, most of them a partnership between Warner Brothers and his firm, Malpaso Productions.  The name of his company, which means “misstep” in Spanish, came as the result of those who felt that starring in a series of “Spaghetti Westerns” would be a mistake. Far from it, movies like The Good, the Bad, and the Ugly, a Fistful of Dollars, and For a Few Dollars More served as a springboard for bigger things to come.  In the end, it would be the Dirty Harry series which would catapult him to superstardom.

According to Schickel, Clint Eastwood successfully made the transition from squinty eyed western icon to respected director and producer because he understood what transpired on both sides of the camera. In business terms, The Suits “get him” because he understands that show business is show business. On a consistent basis, Eastwood has delivered solid and even brilliant story at minimal cost, even when graded along Hollywood’s curve of escalating production budgets. He is an “Actor’s Director,” who is known to reach out to those on the set for advice and works from a collaborative demeanor. Schickel notes that Eastwood uses many of the same people to help construct his films and his continued loyalty to others inspires loyalty in return.  For example, until his death, Don Siegel directed five of Eastwood’s movies, including Dirty Harry. In fact, Unforgiven was dedicated to Siegel after he had passed away. Bill Gold designed most of movie posters for Eastwood’s films. Morgan Freeman has shown up in several recent films and both actors play off each other preternaturally. In fact, Eastwood’s own family can be seen throughout his filmography.  Best of all, Eastwood lacks the demons that plagued so many of his generation’s cinematic auteurs, like Michael Cimino, Francis Ford Coppola, and Peter Bogdanovich, who all failed spectacularly after their initial success in the 1970’s.  He already had a decade of screen success before plunging into direction and production. The only director who comes close to his consistency on a limited budget is Woody Allen and when added together, Clint Eastwood is the consummate adult on the film set. 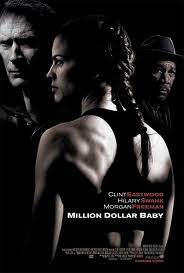 With all of his consistent success, it was hard to believe that Warners initially balked at funding one of Eastwood’s smaller movies, “Million Dollar Baby,” part of a series of short stories on boxing. Filmed for $30 Million, a mere pittance by Hollywood standards, his film later won four Academy Awards, including Best Actress and Best Picture and it was a mistake that Warners would never repeat.

Schickel felt that Eastwood and Warners were a good fit.  As I watched “You Must Remember This,” Schickel’s multi-part documentary on films created by Warner Brothers, Eastwood’s style of filmmaking was better understood by this studio than any others. Movies that came out of Warners were grittier, more violent, and appealed to the working class. These were films where underdogs felt comfortable taking the law into their own hands to mete out their own justice. Gangster fare which starred Edward G. Robinson, Humphrey Bogart, or others found open arms on the Warners backlot. The scene where Harry Callahan single-handedly breaks up a bank robbery in the first installment would have never passed as MGM fare.

Best of all as head of Malpaso, Eastwood could manage in on-screen persona with care that eluded many of his peers. While it’s been many years since “The Man with No Name” appeared on screen, the outlines of Harry Callahan continue to appear and reappear in countless movies like Heartbreak Ridge, In the Line of Fire, or Gran Torino.  Schickel notes that moviegoers see the sum total of Eastwood’s body of work each time they pay $10.50 to go to the movies. When you walk into a Clint Eastwood movie, you know what you’re getting. Even as Robert Kincaid in The Bridges of Madison County, many sensed that Eastwood could blow the locale’s bridges with the right squint. 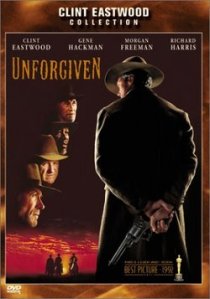 The Importance of Unforgiven.  During the late 1980’s and early 1990’s Eastwood’s star waned slightly because of the demands as Mayor of Carmel, CA.  Also, movies like Firefox or Pink Cadillac failed to connect. However, Schickel felt that Eastwood’s “Hole Card” was a script for Unforgiven that deconstructed much of the mythology found in the Old West. In it, Eastwood played a weather-beaten and worn out killer named William Munny, who travels to a small town to kill two men who disfigured a prostitute. Eastwood’s role was the antithesis of the leading fare Gary Cooper and John Wayne had portrayed for decades.  Eastwood’s character was a shell of a man, who returned to a distant chapter of his life because he needed the money to feed his family. Good and bad were shaded in layers of ambiguity; people died for the right and wrong reasons.

The film won four Academy Awards, two of them for Eastwood (Best Director and Best Picture) as well as Best Editing and a Best Supporting Actor nod for Gene Hackman. That film gave Eastwood’s career an added boost, which carried him to the present day. 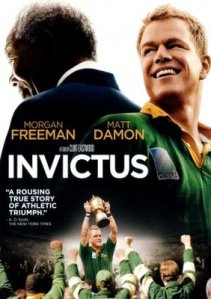 An Eastwood film without Eastwood.   At a time when most of his peers are closing shop, Richard Schickel says that Eastwood show no signs of slowing down.  Since 2000, he has only starred in four films out of ten that he has directed, He has announced that Gran Torino  (his most financially successful film) was his final acting role so that he can concentrate on producing and directing.

Now that Eastwood has moved full-time behind the camera, his films will have to stand on their own terms without his cinematic wattage or familiarly to movie viewers.  In Bird, his homage to Charlie Parker, people were not ready to a film that detailed the main character’s self-destructive behavior.  It was a labor of love but the film never quite found its audience; people wanted a Clint Eastwood movie.  That will be his challenge as he enters his ninth decade.

Mystic River had the equal strengths of writing and character. It had actors who were familiar to American moviegoers and they produced Oscar winning performances. What resonates is that Eastwood succeeds at being budget conscious without harming the overarching epic narrative of a great story. Letters from Iwo Jima  (the trailer is below) cost only $19 Million, which is half the marketing budget for most summer blockbusters. The script remained true to the historical events, without having to staple together a fictional ending, like Michael Bay’s Pearl Harbor, where the two protagonists go from fighter pilots at Pearl Harbor and magically transformed into bomber pilots for Doolittle’s Raid on Tokyo. The lesson here is that a good story does not have to be “tarted up” to find an audience.

Eastwood’s international directorial appeal continues to gain traction. Both Angelina Jolie in Changeling and Matt Damon as well as Morgan Freeman in Invictus  had middling domestic box office receipts, but pulled in ticket sales overseas. In the end, Schickel states, Clint Eastwood has shown that with a shrewd hand, smaller movies that touch on an emotional chord can emerge as the biggest winner of all.

The Luncheon Society ™ is a series of private luncheons and dinners that take place in San Francisco, Los Angeles, Manhattan, and Boston.  We essentially split the costs of gathering and we meet in groups of 20-25 people. Discussions center on politics, art, science, film, culture, and whatever else is on our mind. Think of us as “Adult Drop in Daycare.” We’ve been around since 1997 and we’re purposely understated. These gatherings takes place around a large table, where you interact with the main guest and conversation becomes end result.  There are no rules, very little structure, and the gatherings happen when they happen. Join us when you can.